Welcome to our site which highlights the media coverage that the 17th annual Keep LA Running charity 5 K Run/Walk, 10K Run and Coastal Bike Ride, held July 11, 2010 at Dockweiler Beach in Playa del Rey, received leading up to the event and after the race.

Articles appeared in such Newspapers and media outlets as...
The Los Angeles Times:

Our spokesperson Zola Budd was interviewed about herself and Keep LA Running just before race day. 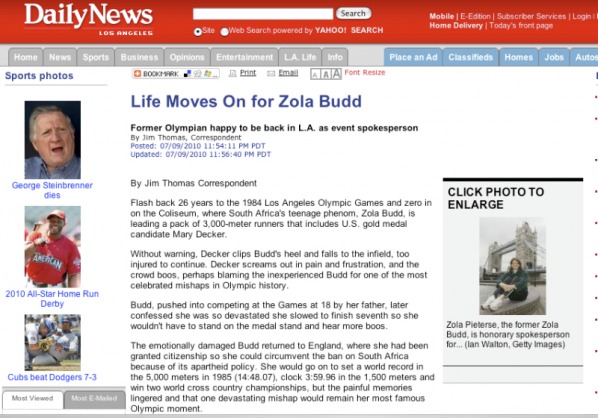 Zola made herself available to other publications as well.

Such high profile participants as Mel B of the Spice Girls led to strong coverage before and after the race. 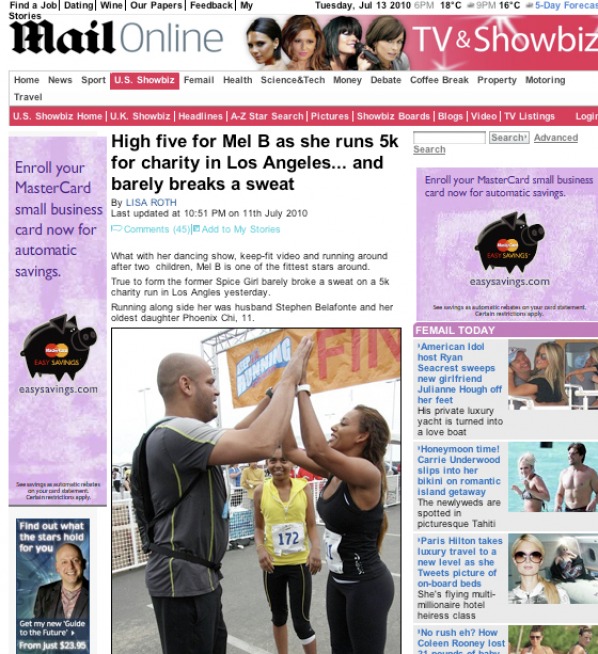 Even the British press covered our race. 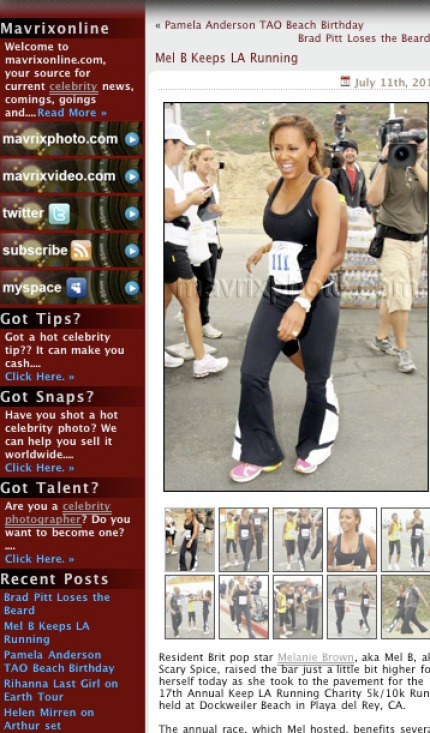 Media coverage was strong with such players as Mavrixphoto. 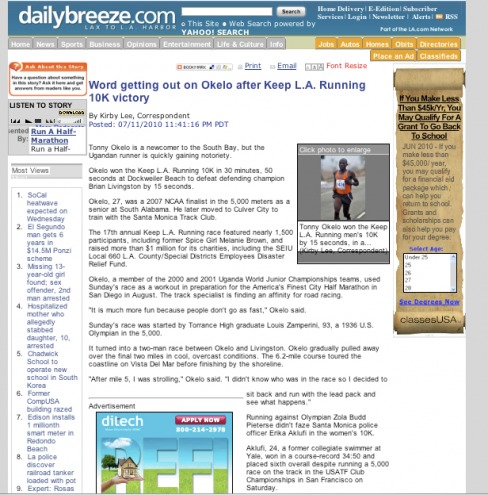 Traditional running coverage was also found after the race. 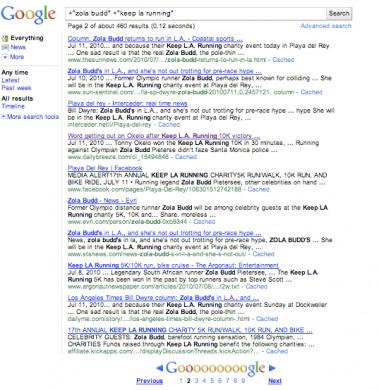 The participation of such running greats as Zola Budd generated strong internet interest in the race -- As indicated by google searching. 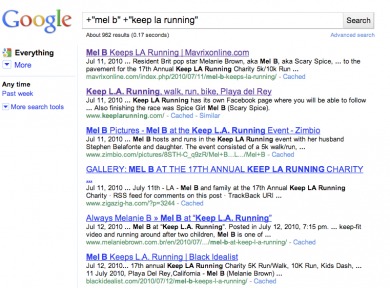 This Google search shows many search hits related to Keep LA Running and Mel B of the Spice Girls.

From the internet to traditional newspaper and TV coverage, Keep LA Running made the headlines 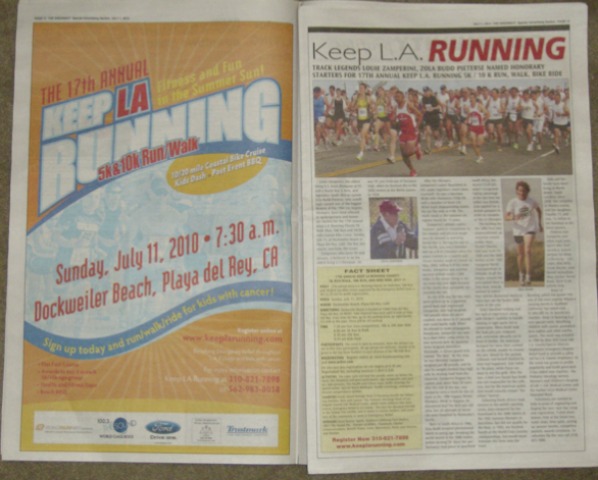